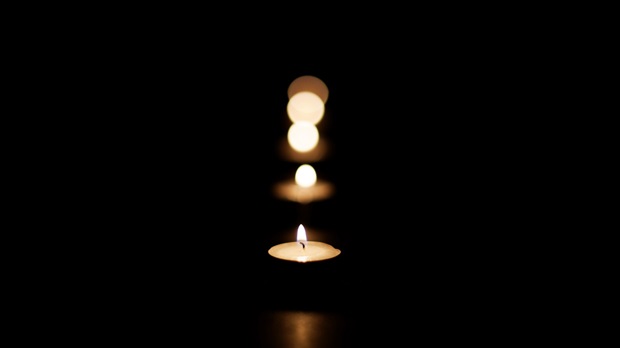 This is a stunning and hard story to read – how much harder to write and to have lived.  It’s a story of abuse and self harm that could be repeated many thousands of times in our society – but in a dark world we give thanks for the Light).

I sat down in front of my computer many times this week wondering what to write for my next instalment. Every word I wrote down looked strange and off, and I wondered why.

I realise that, for my story to be effective, it needs to speak from real experience. I can quote statistics and clinical studies all I want, but that’s something you can look up yourself. It isn’t powerful unless you’re hearing something from my own experience, something unique that no thinkpiece by a psychologist could ever emulate.

My body has not been my own for a very long time. At nine, I was sexually assaulted. At eleven, I began mutilating my own body. At thirteen, I was abused. At fourteen, I was bullied. At seventeen, I had risky sex with men I didn’t know, simply so they would have an incentive to treat me like a human being.

There is definitely a correlation between sexual abuse and gender dysphoria. It isn’t a topic many trans people wish to talk about, but I have cried with, held and reassured enough girls to know that this is our common experience. Their experiences are not my story to tell, but I hope to God that some day they will be brave, they will stand up, that their abusers will answer for their crimes.

I can only tell you what I know, what I experienced, what made me this way.

I was a strange kid, but nobody would ever call me masculine. I had girly interests, I loved being dressed up for church in the morning, having my hair curled and being fussed over. I played with dolls of all kinds, and no one ever had to persuade me to wear a skirt to school. I was shocked and horrified when I visited my male relatives of the same age and saw them playing with toy guns. I asked my mum why it was fun to pretend to hurt each other.

It all changed when I was assaulted. I say “sexual assault,” because the word “rape” is not one I am comfortable to use. It may well have been, but it’s such a grave word I hardly ever use it. Either way, I was nine years old.

After the event, I resented the way my body betrayed me. The way I saw it, and the way I had been told, what happened to me was what happened between adult men and women. So who can blame me for not wanting to turn into an adult woman, when I thought that this was what women had to endure all the time?

I started having fights with my family about the clothes I wore. I refused to wear a bra, because doing so would acknowledge that the problem of my two x chromosomes was still there. Instead I wore oversized jumpers that hid any suggestion of my body other than shapelessness. There were bruises all over my neck, so I wore scarves. I started biting my arms as a form of self harm, and at eleven years old I finally started to cut my wrists, not long after I got my period. That was just another reminder of my inescapable biology, of my body feeling like a death row prison instead of a home.

Being abused again at thirteen was just the final nail in the coffin for me. I knew I needed to make this womanhood go away, to leave my body forever.

I continued feeling this way for a very long time, so when I discovered the notion of being transgender – who could resist? I didn’t have to be a girl, or indeed a woman, I could be…

And that was my stumbling block. I didn’t want to be a girl or a woman, but I also didn’t want to be a boy or a man either. I was repulsed by male genitalia and sex characteristics, hated beards and body hair and the smell of boy’s toilets and going bald.

I often wished I was like a eunuch – permanently transfixed in a state of perpetual boyhood, but with nothing physically to indicate my sex. There are currently no doctors in the UK who will perform a surgery to make someone sexless. And though I once viewed that as a horrible sign of medicine’s discrimination against the trans community, I now weep in thanks that I have not been allowed to determine my future before I could legally drink.

It was telling my story in feminist circles that made me finally come to the realisation that the problem was not me – it was my abusers, the people who had taken my childhood away from me and then made me resent the idea of becoming a woman. I now know that the very essence of womanhood is beautiful – femininity, fertility and the gift of carrying life and loving intensely are just a few of the gifts I have been given if I choose to use them. It was a slow move, but I finally began to appreciate my body, to take care of it, to tell myself every day that it was beautiful and my past scars did not define my future.

I cancelled my consultation with the gender clinic a few months after I turned sixteen. I stopped self harming a few months before I turned eighteen. And since then, I have simply been at peace with the body I have been given.

I am not yet a mother, but I am so glad I can be in future if I want to. I do not yet have a partner, but I am so thankful that I have become so at peace with my body that I can eventually have one. I am so glad that, while abuse and sexual immorality may have taken my childhood, they have not taken my future.

And now, my body is still not my own – and I realise it doesn’t have to be. I belong to Christ.

Thanks again to David for allowing me a platform on his blog. I appreciated reading the comments on the post and would encourage you to share your thoughts on this topic if you want to. Particularly I’d appreciate if you wanted to leave your questions, which I will answer in a future post. Thanks so much.

I love this song…..Hurt…..Christ alone can heal your hurt.