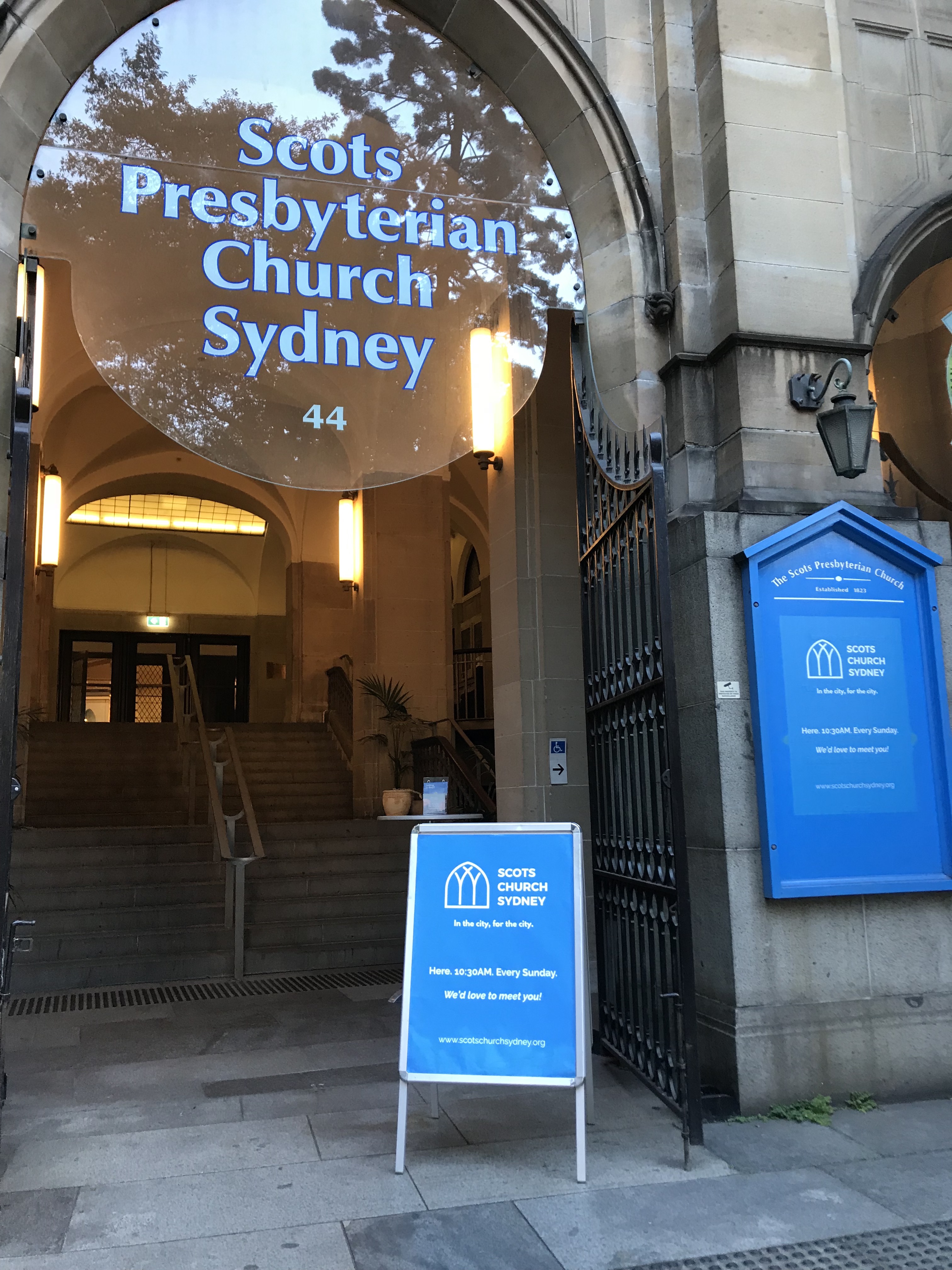 The Bible in Australia is a book by Meredith Lake. It is stunning.   A work of genius. One of the best, if not the best, books about theology, sociology, history, politics and culture that I have ever read.   It is well written, well researched and well put together. If there is a better book about Christianity in Australia I would love to know about it! Until then this is my go to book on that subject. It’s a must read.

Its balanced and fair – pointing out the foibles and faults, as well as the faithfulness of the Church in Australia. Normally I would put up all the highlights I have when I review a book – however in this case there are 71 – so instead I will put a select few at the end . Meredith very cleverly takes us through the history of the Bible’s influence upon Australia.

Way back in the fifth century, St Augustine, one of most important theologians of the Western church, had speculated on whether there were Antipodes – ‘that is to say, men on the opposite side of the earth, where the sun rises when it sets to us’. He thought not: descendants of the first man, the biblical Adam, could not possibly have ‘taken ship and traversed the whole wide ocean, and crossed from this side of the world to the other’. Europeans still went looking, all the while speculating on the kind of land they might find and who might inhabit it

By the 1830s and 1840s, perhaps a quarter of convicts arriving in Australia had tattoos – we know because they were recorded along with other identifying physical details. Biblical images and quotations were very common. A number of convicts tried in Scotland were tattooed with ‘crosses, images of the fall, crucifixion and apocalypse’.

More of them had been influenced by the evangelical revival, more attended church, more were confident readers. Some, like the Presbyterian Scots who migrated to the Western District of Victoria, were so steeped in the Scriptures that ‘most of them had little need to refer to it, for they could recite chapter after chapter by heart’. (How times have changed?!)

John Dunmore Lang was nearly fifty when he farewelled the Fortitude and its passengers to Australia. A Presbyterian clergyman originally from Scotland, but resident for more than twenty-five years in New South Wales, he addressed the group with a few words from

The Scots Church in Sydney – now the work of a new church plant in the centre.

Scripture and a few from his own experience. Back in his early twenties, his departure for Australia had aroused the usual feelings of affection for his country and sadness at leaving it. At the same time, his young heart had soared with optimism: ‘How gallantly the ship rises over the waves, carrying in her bosom an insignificant fragment of Britain’s supplementary population, but a great empire, perhaps, in embryo’.Even then, Lang had seen migration to the colonies as part of a divine plan to build the nation. Lang had gone on to an extraordinary career in New South Wales, eventually spanning more than half a century from his arrival in 1823 to his death in 1878. He was active not only in founding and leading the Presbyterian church, but as an educator, newspaper proprietor, and member of parliament. He travelled extensively within the colony and back and forth from Britain, and published widely on subjects ranging from Polynesian history to geology to convict transportation. An activist evangelical whose political and ecclesiastical views became progressively radical, he is best known today as one of the earliest advocates of an independent Australian republic.

He put down his gun and picked up his Bible.

At the same time, in some instances, the Bible nurtured more of a conscience. Young Horatio Ellerman had been a belligerent pastoralist on the Victorian frontier, responsible for the shooting death of at least one Kulin woman in the mid-1840s. When he converted to Christianity, says historian Felicity Jensz, he ‘put down his gun and picked up his Bible’. Its teaching restrained his worst impulses, and he eventually abandoned pastoralism altogether in favour of the Presbyterian ministry. Just as courageously, a few bold Christians were moved to expose and denounce actual massacres of Indigenous people, with missionaries reporting atrocities at P jara, Western Australia, in 1834, at Waterloo Creek in New South Wales, in 1838, and later at Forrest River in Western Australia. The Myall Creek case of 1838, first exposed to the public by the evangelical journalist Edward Hall, shows that such Christians acted on particular ideas drawn from the theological Bible.

The Book for the marginalised.

Even as British settler society consolidated its position in Australia, the Bible crossed cultural boundaries and became the text of marginalised communities.

The Bible and the Banks

In April 1817, well-off Christian colonists established a savings bank in Sydney. The idea was to give poorer people an alternative to ‘dissipating’ their money ‘in spirituous liquor or gambling’ – and thus to protect them from remaining ‘poor, vicious and unmarried’. The founders hoped that, by encouraging people to save, the bank would foster habits of economy, industry and even matrimony.13 If this seems a strange idea for a bank, it drew on perceptions of thrift, industry and prudence as ‘Christian virtues’ – accompaniments to personal godliness and domestic tranquillity, as well as to economic enterprise and development. The bank itself is now known as Westpac, the oldest bank in Australia. (Given the current financial scandals in Australian banking circles – maybe its time for the bankers to remember their biblical roots?!)

The Bible and Journalism

Several early editors had an almost sacred sense of their role and responsibility, which they expressed with scriptural language. For Edward Smith Hall, for instance, journalism was a vocation shaped by Scripture – viewed, in his case, through the lens of evangelical Protestantism. (If only the Sydney Morning Herald and others could grasp this!)

The Bible and Socialism

The gospels were assumed knowledge for Australian socialists in the 1890s. In fact, in this period, the ideals of organised labour were deeply infused with a dynamic vision of Christ. ‘Honest Jim’ McGowen, a boilermaker, was an experienced unionist first elected to the NSW Parliament in 1891. For decades, he attended the evangelical Anglican church of St Paul’s, Redfern, whose socially aware minister, FB Boyce, promoted temperance reform, the introduction of age pensions, and the care of the poor. McGowen served as a lay preacher, church warden and parish councillor. He superintended the Sunday School for thirty-five years, even while Premier, openly revering the Jesus of the gospels in the various facets of his life. In numerous speeches, McGowen declared that the Nazarene Carpenter was his role model, and that Jesus’ teachings were the foundation of his view that government could and should make society more humane.

The Decline in Church Attendance

Between 1972 and 2014, the proportion of Australians attending worship at least once a month fell by more than half from 36 to 15 per cent.

By the early 1990s, there were fifty-two Korean churches just in Sydney, and over 75 per cent of Koreans living in Australia claimed to be Christian, compared with about 20 per cent in Korea itself. Chinese immigrants formed distinct congregations within many Christian denominations. All together, new migrant churches added both vibrancy and strength to Christianity in Australia, bucking the trend of declining church affiliation that characterised the older British denominations.

Half a century after Menzies, about 8 per cent of Australians can be found in church on any given Sunday. This means participating in church remains a relatively significant occupation. For instance, twice as many Australians go to a service at least monthly as attend all AFL, NRL, A League and Super Rugby games combined per month during the football season.

Given the broad social trends evident since at least the 1960s, it is likely that overall biblical literacy is lower in Australia now than at any other time since colonisation by the British. The public conversation with the Bible goes on, but fewer Australians are familiar with the text and its interpretation in a way that enables them to participate in that conversation critically and effectively.

As already indicated I regard this book as one of my favourite ever. I would give it four stars out of five. The only reason it doesn’t get five is that I found the last chapter to be a bit lacking and as a result the book kind of tailed off.   There is clearly more to be added to this story.    Even if you have no interest in Australia – you should get this book – it is so interesting and such an encouragement to any Christian.

I just simply want to ask – where does Australia go from here? Will they return to their biblical roots, or continue down a path which can only lead to disaster?