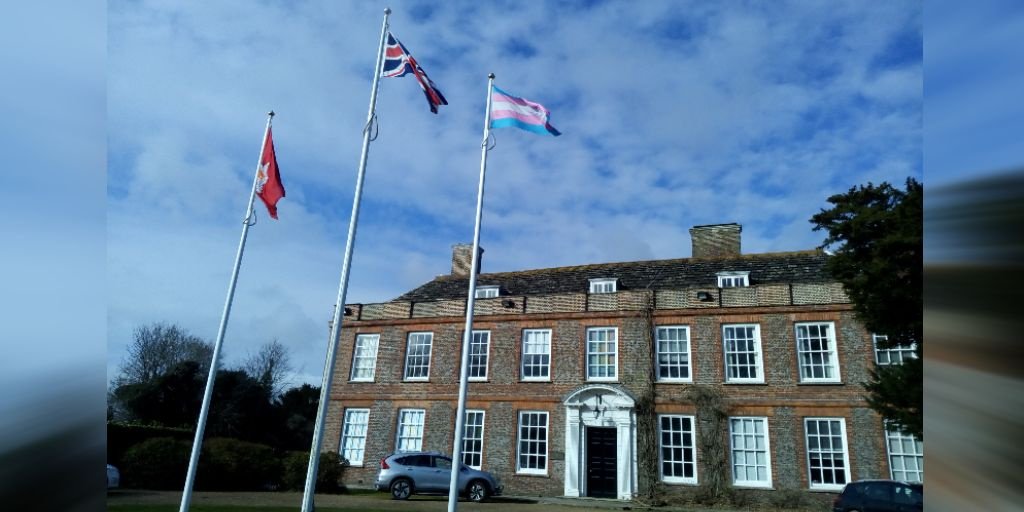 What are the police for? It’s not a trick question….indeed it is a vital question for the whole of our society. One key function of government is law and order – preserving the peace – stopping and punishing crime and protecting the public. We need law courts, lawmakers and law enforcers. I had always assumed that the latter was the function of the police.  However there appears to have been a gradual change.

“Today staff and officers across Sussex Police will be observing Trans Day of Visibility. We are flying the trans flag as an overt sign of support to the Trans community”

What’s wrong with this? 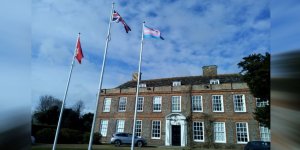 Lets start with the obvious….why are they doing it? Is this is a pressing police issue caused by the large Trans community in Sussex?   Is it because the police are concerned about crimes committed against or by Trans people? Are Sussex police noted for their commitment to minority and persecuted communities? Given that tens of thousands of Christians are killed, imprisoned and tortured each year throughout the world – will the Sussex police be observing a Christian Day of Visibility and flying the cross above all their stations and wearing fish badges on their uniforms?   It will be a cold day in Sydney before that happens…

There are two main reasons that the Sussex police are doing this. One somewhat benign and the other somewhat sinister.

The benign is that the chief constable and the high heiduns are virtue signalling. They are telling everyone (at least the people that matter to them) that they are good people who ‘care’ and are ‘passionate about diversity and equality’. At very little cost, no risk and minimum effort they can signal their virtue. Never mind the injustice, increasing crime figures or the many other minorities who are persecuted and left out – all is well with the world. Sussex police have flown a Trans flag. Job done.

The sinister is that the police, or rather the police hierarchy, really do think that this is their job. The Sussex deputy chief constable is Bernie O’Reilly who as well having a masters degree in leadership and management was Head of Diversity. In other words he is well skilled in the jargon and philosophy of the cultural elites.   To people such as Bernie the purpose of the police is not just to enforce the law, but also to make it, and to encourage and enforce social change.   In the name of diversity they will favour one group over others. In the name of equality they will ensure that some are more equal than others. In the name of tolerance they won’t tolerate anyone who dares to think differently. It will get worse. Once they have decided what we are supposed to believe and think, they will consider it their job to police our thoughts, speech and actions.   Welcome to the Brave New World of totalitarian liberalism – where all opinions are valid – except those that are deemed to be ‘unacceptable’ by the thought police and their politicians.

In the old days the best revolutions were from the bottom up – by the people for the people against the ruling classes. In the Brave New World the revolution is from the top down. It’s the ruling classes revolution – in the name of the people – but really for the elites, to ensure that they keep their position, power and money.     That’s why it’s the corporate leaders, the senior civil servants, the media bosses, the University administrators and the political bureaucrats who are the storm troopers of this Revolution. It’s not the ordinary policemen and women who are campaigning for this policy, but the management bureaucrats who want to impose their values and signal their virtue.

Where will the madness lead?   How about the Chief Constable who banned a police male voice choir because it lacked gender diversity? I haven’t been able to check out this one out (although I was assured it was true) and wondered if it was an April fool – but sadly such is the insanity of the Brave New World Revolution, it wouldn’t surprise me.   Surreality has made satire redundant.

Anyway I had better stop…. Before the boys (girls, bi or one of the other ever increasing numbers of new gender identities) in blue (pink,rainbow)  will be round…

PS.  It turns out that the Chief Constable (from Derbyshire) banning a male voice choir because it is male is true.  This story appeared in The Times

Peter Goodman, who took over the force last summer, had told the choir to accept women or face losing its 60-year association with the police service. The choir was formed in 1956 and comprised police officers. It now accepts male singers from all backgrounds. The group kept strong links to the Derbyshire force, wearing police tunics from the 1960s and performing regularly at police events.

Mr Goodman, who is in his early fifties, said the force was an equal opportunities employer and was “committed to having an organisation where there are no enclaves where people from different backgrounds cannot go”.

Mr Griffiths, who also sings in a mixed choir, said members had considered it impossible to take on women as it would take years to find the balance. “We have 30 males and their voices are stronger because they’re bass and baritone. To get the right balance we’d need 50 females. That would probably take 10 to 15 years. We’d also need a complete library of new music. We offered to start a ladies’ choir who we could invite to perform at our events. But it was not an option for Mr Goodman.”

It’s hard to believe that a man who presumably has some degree of intelligence in order to get to his elevated position (although he may just have done enough management and diversity courses), can make such an irrational and stupid statement.    The  fairly obvious point about a male voice choir (which is a recognised musical style) is that it is male.  If the Chief Constable wants an ‘organisation where there are no enclaves where people from different backgrounds cannot go” then he is going to have some problems – would he be opposed to a womens police association?  Would he close down the police football team on the grounds that a disabled officer wouldn’t be able to play?  On his criteria should he not close down all choirs because the tone deaf won’t be able to sing?  Or the womens police football team because it excludes men?    Mr Goodmans statement is a great example of the vacuous, irrational, virtue signalling madness that seems to take hold of the minds of those who think they leading the new ‘progressive’ revolution.