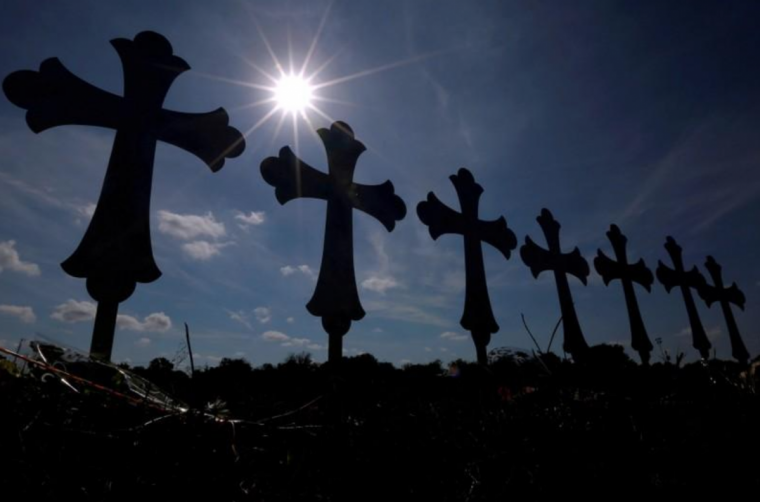 If it is hard to make predictions about what the year ahead holds for society, it is doubly difficult to predict what will happen to the Church. It’s not just that we suffer the vagaries of all human sinners and societies, but the Holy Spirit will not be restricted to our timetables and limited visions. Imagine being a disciple of Jesus after the crucifixion and before the day of Pentecost – who could have foreseen what would happen?

In the year that has just past I look back at my own limited involvement in the Church of Christ and am astounded at the changes – both good and bad. So with the caveat that these are observations not ‘direct words from the Lord’, let me offer some predictions which seem likely in this coming year. If you compare the two lists (societal and church) you will see that there are connections.

10. As the number of Christians in the West declines, the number of Christian organisations and ‘ministries’ will increase. It’s a paradox but I find that there seems to be an ever increasing number of ministries and organizations competing with one another, even as the number of committed believers in the West declines. This atomization of the church, largely due to a willingness to accept the autonomous individualism of the West and an unwillingness to accept the Bible’s teaching about the centrality and importance of the Church, will continue in 2018 – unless the Lord brings renewal.

9. More ‘big’ leaders will fall.  Christian leaders stumble and fall – from Moses, David and Peter it has ever been thus. But in today’s celebrity culture that has become an even greater danger. Why? Because we build up individual leaders and even put them in the place of Christ. And because of the dangers of the internet where our sins can be put on public display and judged by a self-righteous and ignorant public jury, before they are judged justly on the Day of Judgment by the Righteous Judge, there will be gossip. And there will be those who having begun the race well, will finish it badly and their hypocrisy will be exposed. Having loved this world they will forsake Christ and his Church.  Ravi Zacharias Allegations – A Christian Response – Article on Premier Christianity

8. The Anglican Church will continue to splinter.  It’s getting increasingly difficult to see how the Anglican Church can stay together in any meaningful sense. There are some who see the established Anglican Church in the UK as just a property manager and preserver of the nation’s Christian heritage. But as the pressure grows for disestablishment the Church will be tempted to be the ‘spiritual/traditional’ voice for a form of baptized secular humanism – and those within who seek to proclaim the biblical gospel will find themselves increasingly isolated. The formation of a small alternative Episcopal Church in Scotland seems likely, and towards the end of last year there were reports of the large and influential evangelical Anglican St Helen’s Bishopsgate, threatening to break away from the London diocese. Worldwide the split between the global South (the largest and growing part of the Anglican church) and the liberal West (notably the Americans) is likely to widen rather than be healed.

7. Conference Christianity will flourish. Just as there has been a growth in what I call ‘Cathedral Christianity’, with more and more people visiting the great cathedrals, so there has been a growth in conference Christianity. Many Christians find that their weekly diet of worship in their local church is not sufficient and so they seek a ‘top up’ elsewhere. There is great value in Christian conferences, but not when they end up substituting for the spiritual vitality and vigour (or lack thereof) in the local church, they can become as much part of the problem as the solution.

6. An increasing number of Muslims will become Christians. No-one knows the number of Muslims being converted (only the Lord knows those who are his) but there are increasing reports of many more being brought to faith. Some have suggested that up to a million Muslims in the Middle East have now become believers – and there is evidence of many Muslim refugees in Europe coming to faith. I can think of one church in the UK where more than 150 Muslims are now professing faith in Christ.

5. Persecution of the church in China will increase.  We expect the church to be persecuted. It always has been and it always will. Christians in North Korea, Nigeria, Egypt and other countries in the Middle East live their lives under the threat of violence. But the big change in 2017 was an increased push against the Christian church in China. The Communist party are scared…and fear from rulers brings out persecution.

4. The Catholic Church will find itself in the midst of an internal civil war. Some

secular news sources have picked up on the fact that all is not well in the Vatican. Pope Francis, generally loved by the secular media who see him as a liberalizing reformer, faces significant opposition within the Catholic Church. It’s not just that those who have power are concerned that they might lose it, but also those who have a genuine love for the doctrine of the church think that he will water down or change it. Watch this space!

3. The American church will continue to fracture and decline as the word ‘evangelical’ becomes even more meaningless.  The American church is rich and powerful and has need of everything. Whilst J I Packers’ quip that the US church is ‘3,000 miles wide and one inch deep’ may have been unfair, it is nonetheless the case that whilst there are vast resources in the US church (people, money, gifts) there is a danger it could implode. This is especially true in the evangelical church where the word evangelical has become increasingly meaningless. ‘White evangelicals’ who don’t go to church and don’t believe (according to one survey) 60% of the basic Christian doctrines can hardly be called evangelical. And yet everyone wants to be called an evangelical (or ‘post evangelical’ if you want to be cool). On the other hand the heirs of 19th Century

Protestant liberalism are 21st Century liberals like Brian McLaren, Rob Bell and Steve Chalke, who use the language of evangelicalism but give it a completely different meaning. Such a church cannot survive. And does not deserve to survive.

2. The UK will see a renewal of biblical Christianity alongside an increasingly militant secularism and a liberal Christianity that is little more than baptized secular humanism. This may be wishful thinking but I do get a genuine sense that there is a desire to see a renewal of biblical Christianity in the UK. I’m not talking about a narrow-minded legalism, traditionalism or an attempt to resurrect Christendom but rather something new, real and powerful. Expect to see strange alliances as Reformed and charismatic find themselves across denominations appreciating and encouraging one another!

1. The Gospel will continue to change, challenge, convert and confound all our expectations and predictions.That is my only hope. I could be wrong about every single one of the previous predictions. But I’m not wrong about this one. Because that is what the Gospel has done and will continue to do until the day the work is completed and all God’s family are brought in. God’s word will not return to him empty but will achieve the purpose for which it was sent. Christ will be glorified. He will see the fruit of his work and be satisfied. The gates of hell will not prevail against His Church. Till the day breaks and the shadows flee!