This is the first of what I hope will be a weekly round-up of news, views and things I have read – trying to bring the Light of the Gospel to shine on what at times appears to be a very dark world.  I read a lot and use a highlighter and Evernote – always with the intention of passing it on at some point. But rarely do. Rather than write about every subject I come across I thought I would share these with those who are interested. Some are just facts I came across – without comment. Others will certainly be commented on – and some will link to more helpful articles. I hope on Saturdays to do a Saturday review of books/films/tv/radio. Here are this weeks offerings.

1) Boots and the Morning After Pill –

The control of the liberal elites is everywhere. Boots were asked about why they did not decrease the price of emergency contraceptives (the morning after pill). They said they would not make them cheaper because they would not want to encourage their use. An eminently sensible position. Cue outrage. 30 Labour MPs immediately demanded they retract and so they have apologized and will rethink their policy.   Meanwhile remember this – Since the passing of the Abortion Act 1967 the UK has seen the slaughter of almost 9,000,000 unwanted babies on the altar of sexual freedom, and women’s rights has fed a spirit of death.  (from Voice for Justice)

77% of Labour party members are in ABC class– up 7%. The old days of Labour being the party of the working class seem to be disappearing. ‘For the many, not the few’ is a soundbite slogan that seems to have its difficulties!  What is worrying is the cult like hysteria displayed below:

I found the following quite ironic. In a great example of Champagne Socialism Glastonbury Festival employed 700 workers from as far afield as Spain and Czech to do two weeks paid work cleaning up. 75% were fired after two days – they were on zero-hour contracts.   Corbyn and its organizer had appeared together and were applauded for saying that young people should not have to accept low wages and insecurity. A case of do what we say, not what we do. The image of cheap labour from the EU being used to clean up the mess of the UK middle classes at play is a poignant one.   Here are some of the costs from Glastonbury. Money speaks.

After extensive campaigning, now men who have sex with other men , and prostitutes are going to be allowed to donate blood – providing they have abstained for three months (how will the authorities know this?!).   Given the clear health risks associated with gay sex it is unbelievable that the rest of us will be put at risk just because of yet another sop to the gay agenda.  The BBC on Health 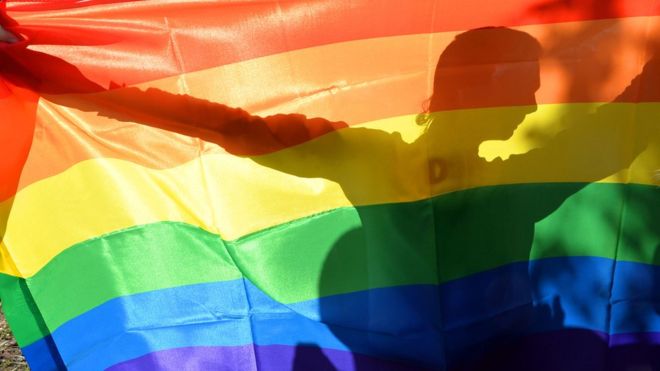 In a race to the bottom both the UK and the Scottish governments have announced that they are going to amend the gender recognition act – to in effect allow someone to change their gender at the stroke of a pen. BBC Report

And this from yesterdays Sunday Times –

Tories promote the right to choose your own sex

Adults will be able to change their gender legally without a doctor’s diagnosis under government plans that will transform British society.

Men will be able to identify themselves as women — and women as men — and have their birth certificates altered to record their new gender. Ministers plan to tear up the existing rules that mean people have to live for two years as their desired gender before they can officially change sex.

A consultation on the Gender Recognition Bill, to be published in the autumn, will also include proposals to scrap the requirement that people get a formal medical diagnosis of “gender dysphoria” before applying to switch gender.

Critics warned that allowing people in effect to “self-identify” as a member of the opposite sex, while maintaining the anatomy of their birth gender, would unleash a firestorm of legal cases over access to women-only hospital wards, prisons, lavatories, changing rooms and competitive sports.

Justine Greening, the minister for women and equalities, called the move to give more rights to transgender people the third great “step forward” after equality for women and the legalisation of same-sex marriage in 2013.

The announcement is timed to coincide with the 50th anniversary of the partial decriminalisation of homosexuality in 1967. Greening said ministers want to “streamline and demedicalise” gender change to make it easier for people to switch their identity legally.

In future people are expected to be required only to make a statutory declaration that they intend to live in the acquired gender until death — in line with arrangements already adopted in Ireland. The consultation will address whether those whose gender is “non-binary” should also be able to define themselves as “X” on their birth certificates.

A separate consultation in Scotland will go further than England and Wales by recommending that “non-binary” people should be able to define themselves as “X” on passports. It will also propose a cut in the age at which people can change their gender from 18 to 16.

The plans will be controversial. Prominent feminists including Germaine Greer and Dame Jenni Murray, the presenter of Radio 4’s Woman’s Hour, have questioned whether men can become women even if they undergo a sex-change operation.

Stephanie Davies-Arai of Transgender Trend, a parents’ group, said: “This has huge implications for women. There will be legal cases. The most worrying thing is if any man can identify as a woman with no tests and gain access to spaces where women might be getting undressed or feel vulnerable — like women’s hospital wards, refuges and rape crisis centres — women will just stop going to these facilities.”

Self-identifying was recommended by a parliamentary committee last year chaired by the former cabinet minister Maria Miller and it has the backing of Theresa May and Jeremy Corbyn.

Greening also announced the government will make it easier for gay men to give blood. At the moment men who have had sexual contact with other men are barred from donating for 12 months. That will be reduced to three months.

The harm this will do to children and the disruption it will cause to the NHS, women’s sport, prisons, the education system is incalculable.  But the LGBT lobby is so powerful and well organised and the Tories and the SNP (as well as the other parties) are all too scared to stand up to their intimidation or to dumb to work out what they are actually doing, that is will just sail through.  Who is going to speak up?
What is the Church going to do about all this? I suspect all the mainstream churches, who are little more than the spiritual wing of the liberal progressives will meekly go along with – or indeed push it – if the latest C of E Synod was anything to do by.   Bishop Christopher Cocksworth, Bishop of Coventry and
son-in-law of Bishop David & Mary Pytches, was the only Bishop to vote against the transgender issue at the latest CofE General Synod.   Sadly, no Bishop spoke out, not even to say they were worried or would give it some thought.

Rod Liddle has a superb article in the Spectator on how the liberals will use the governments attempts to control Islamic extremism in order to attack Christianity – this quote should be shared widely!

“-“ The reason for this poll is the Evangelical Alliance is worried Christians will start getting hammered again. They believe the Liberals will use this ominous commission to outlaw a fairly large proportion of what they believe in (and indeed, what the Bible tells them to believe in). That the stranglehold which the middle-class liberal elite have over our culture and society – without having anything close to hegemony – will be tightened still further, and their views marginalised or even criminalised. And the excuse given will be they are trying to stop us being blown up, or stabbed to death on London Bridge. That’s my worry too – that in order to placate the sensitivities of the adherents of a recently imported culture, the beliefs of indigenous people will be proscribed. When there is not the remotest comparison between them.”

Speaking of quotes – some to end with:

“It’s not that we are against elections, we just like to know the results in advance” A Chinese official quoted by Chris Patten in The Times.

“It’s easy to imagine their desire to be free from persecution. What is harder for us to imagine is the depth of their faith today, when Anglican is almost a synonym for agnostic, the absolute belief in the providence of the Lord that led this group to take such risks is hard for us to grasp” Katrina Gulliver reviewing Emigrants: Why the English Sailed to the New World.

“No matter how eloquently a dog may bark, he cannot tell you his parents were poor but honest. Only words can do that” Bertrand Russell.

“Every speaker who appears subscribes to the same inoffensive tenets. God is peaceful; God is politically correct; God probably votes Liberal Democrat.” Tom Holland – The Spectator. (talking about those who appear on the BBC’s ‘Thought for the Day”.

“The majority of migrants from Libya are young men paying the equivalent of £1,000 each to people smugglers in what they see as a calculated risk to make a better life in Europe” – Nicholas Farrell – The Spectator –

Verse of the Week:

PS.  Please feel free to send me on anything you think might be of interest.