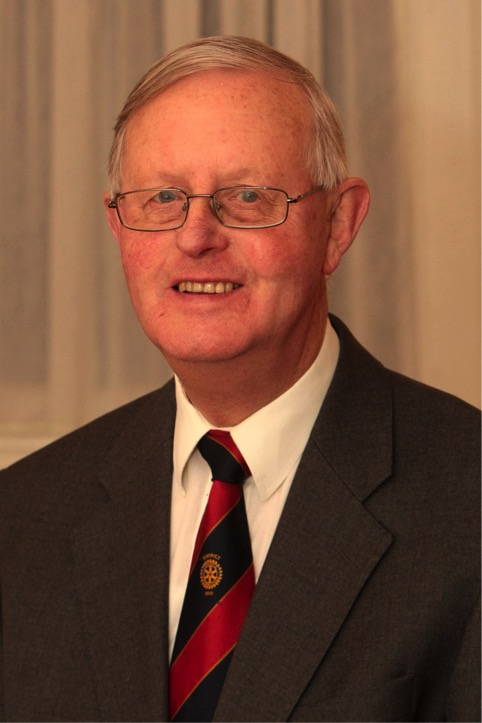 The following is a personal reflection on the loss of a friend, mentor and member of my congregation, St Peters Free Church. His memorial service will be in St Peters tomorrow (July the 5th) at 12 noon.

Gordon Wilson was born in Glasgow on the 16th of April 1938 and died in his adopted city, Dundee, on the 25th of June 2017. Best known as a leading Scottish politician the bare facts of his career only indicate some of the story. Having obtained a law degree from the University of Edinburgh, he worked as a solicitor. A committed Scottish nationalist he was the controller of the pirate radio station – Radio Free Scotland. I still have difficulty with the mental image of Gordon as some kind of shock jock!  He coined the successful political phrase “It’s Scotland’s Oil”.   He was leader of the SNP (1979-1990), MP for Dundee East (1974-1987), Rector of Dundee University (1983-1986).

Gordon was married to Edith and the father of Margaret (married to Gavin) and Katie (married to Ibrahim) and the grandfather of Alasdair , Shona, Kirsty, Laura and Daniel.  Gordon was a real family man and his family have a very appropriate eulogy for him that will be read at the funeral.  They say it far better than I can, but we should remember that in his political career he never forgot his family and he was certainly not one of those politicians who argued for ‘family values’ whilst not practising them!

The Christian Brother and Friend

These are the bare facts. I ‘knew’ Gordon in the same way as one knows most public figures, through media and news reports. As someone who was very sympathetic with his views I had an admiration for him, but knew little more than that. A few years ago that all changed.   One Sunday I was in St Peters a bit early, getting ready for the service when Gordon and his wife Edith walked through the door.   I recognized him and went to speak to him – “it’s good to have you visit us – what brings you here?” – “I read your book David (the Dawkins Letters), I couldn’t get to any of the book events so thought we would just come along to visit St Peters”. They never left. Both Gordon and Edith became members of the Church and I came to regard him as a friend and brother. Hardworking, loving, gracious, wise and gentle, Gordon and Edith were and are a deeply loved couple in the congregation.
I heard of his death entering a Thai restaurant in Sydney on our last night of a visit there. I immediately wrote the following on the St Peters Facebook page.

“The congregation of St Peters have been deeply saddened to hear of the death of one of our members, Gordon Wilson, the former MP and leader of the SNP. Gordon was also the founder together with myself of the Solas – Centre for Public Christianity. He and Edith have been a lively and lovely part of our fellowship for the past few years and we will miss him enormously. Humble, generous and servant hearted they have been a consistent encouragement to us. At a personal level I will miss his humour, wisdom and insight, not only into political affairs but also other aspects of humanity. He was kind, gracious, loyal and intelligent. I regard him as a significant mentor, influence and friend. Before he died he told me that he had no fear because he knew where he was going, only sorrow for the family that he would leave behind. We share with Edith and the family in that sorrow and pray that they would know the comfort of the Comforter. We give thanks for Gordon and his life and witness. Scotland will be a poorer place without him. “

That was absolutely true. I loved visiting with Gordon because we talked politics, theology, faith, education and many other subjects that we passionately cared about.   His views about the direction that things were going politically turned out to be right – and often dovetailed with my views about where the wider culture was heading.   Apart from his intelligence and wit, the two things that most impressed me about Gordon’s character were his integrity and loyalty. Even in private I never heard him diss former colleagues who he had disagreed with.   At a time when there is a deep cynicism about politicians in general (somewhat hypocritically and unfairly) it is remarkable that I have yet to hear anyone from the media or political world say anything that would question Gordon’s integrity. It is a powerful witness.

And it is a powerful witness to his faith. I know that he would have found it fascinating that whilst some obituaries mentioned his deep faith, others completely ignored it – as though it were incidental to his life and importance. Such coverage is typical of what Gordon would call ‘the secularization of society and the marginalisation of Christianity”.   He had a real and deep faith in Christ – not showy, not ostentatious, but clear and strong.   It was Gordon who asked that his funeral tomorrow not be a ‘political’ one but a Christian one. He choose the words he wanted on the order of service.

“I have fought the good fight, I have finished the course, I have kept the faith” (2 Timothy 4:7).

He would have been even more amused at the notion, put forward by a rather ignorant Sun journalist that in his latter years Gordon was ‘used’ by the Free Church to front it’s anti-same sex marriage campaign. The Free Church didn’t have an anti-SSM campaign and the notion of Gordon being ‘used’ is hilarious to anyone who knew him. To the end he was consistently a radical and independent thinker.   If anything it was the other way around.   Gordon was deeply concerned about the state of Christianity in his beloved Scotland and so he and I set up Solas CPC (Centre for Public Christianity).   He became its first chairman. As the current chairman David Randall writes:

Gordon Wilson was the co-founder of Solas and served as the first Chairman of the Board of Trustees   The organisation owes a great deal to his initial impetus and his drive.

In an earlier communication he told me that a combination of circumstances brought him and Edith to St Peter’s Church where he came to feel that David Robertson’s gifts as an evangelist were not being developed effectively enough.  He believed that after years of church decline it was time for a Christian counter-attack and this was the genesis of Solas, in which, as he put it,

“I managed the business side, including the eventual incorporation and strategy (and money where I had the legendary reputation of being able to say No to spending!). Everything else was dealt with by David and in its early form it was a platform for his evangelism. The longer term aim was to provide training and education for Church based Christians to give them confidence to project the faith to the wider public.”

Gordon’s concern in setting up Solas was not to set up a Christian political or lobby group.  He was primarily concerned that we would get the Christian Gospel out.  When we first met to discuss it he told me that whilst he was a committed nationalist and would be to his dying day, the message we had in the church was far more important – “but you are rubbish at getting it out.   This church is filled with life and young people.  Why is this message not getting into the mainstream of society…its so important”.  His words were both a rebuke and a challenge.  He saw the difference that real Christianity made and he wanted Scotland to hear.

In the midst of what was turning out to be a non-debate we felt it was our duty to put something substantive. I remember when the Scotsman carried it as a headline article all hell broke loose – Gordon went to Newcastle and I ended up in hospital!   It was a whole new dimension to spiritual warfare!

Worker and Visionary to the End

Gordon thought that the establishment of Solas and also Options for Scotland with Jim Sillars – were his primary achievements in the latter part of his life. Before he died we talked a lot about another project that he wanted to undertake – developing a proposal to promote family life within Scotland. He asked me to work with the Catholic Church, the Church of Scotland and other groups to develop something that would help with a growing problem in Scottish society – the destabilization of the family. I think his analysis was right and I intend to honour his wishes.

I know that everyone says nice things about people when they die and for some cynics this will sound like a professional minister just doing his job. But for me this is personal. Gordon was a friend and a mentor to me.   I am saddened that I won’t be able to go to Monifieth road and ‘chew the fat’ with him. I will miss his wise guidance in politics and for the Church and Solas.  But most of all I will just miss him. I rejoice that he is now with the Lord. He told me that he knew where he was going and was ready – his only sorrow was leaving his family. We pray for, and will do what we can to support and help them. They will feel the loss most, but the whole of Scotland is a poorer place without Gordon Wilson, a politician of integrity and intelligence.

Rev. 14:13     Then I heard a voice from heaven say, “Write this: Blessed are the dead who die in the Lord from now on.” “Yes,” says the Spirit, “they will rest from their labor, for their deeds will follow them.”