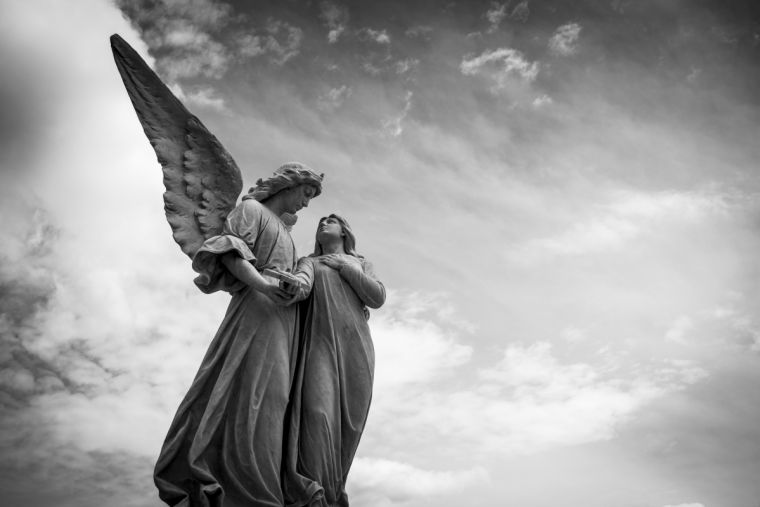 Do you, should you, have a lucky number? If Christians played the lottery I wonder what number we would use the most? Seven is apparently the one that is chosen by humans throughout the world more than any other – it baffles historians but it is and remains the most popular number in human history. Some think that it is because of its unique numerical properties but maybe its because its mentioned so many times in the Bible – and is considered the number of heaven. In this weeks chapter (Revelation 15) we hear about seven angels, seven plagues, and seven golden bowls.

Again the imagery of Revelation 15 is stunning. John paints an extraordinary picture. There is a sea of glass glowing with fire, symbolizing the end of Gods wrath. Standing beside the sea are the Lord’s people, the church, those who have been victorious over the beast and its image. They are holding harps and singing the song of Moses.

He then moves to the temple where the seven angels with the seven plagues appear. Dressed in clean shining linen, with golden sashes round their chests, they are given the seven bowls filled with the wrath of God. The temple is filled with smoke from the glory of God and his power…and no one could enter the temple until the bowls are poured out and the wrath is over.

What does all that mean?

Firstly we must not skip over this passage. It is a key passage because it is the only place where the sign is described as ‘great and marvelous’. This is because it is dealing with the final acts of God in dealing with sin and evil within the bent universe, before the re-creation of all things. If we grasp the meaning of this picture it will really help us.

Then we need to recognize that the Lord’s people are victorious. This is not the kind of cheap and shallow teaching that claims ‘victory’ over poverty, healing and troubles and then expects a million pounds to appear in our bank, cancer to disappear and troubles vanish. If Revelation is clear about anything it is that there is unspeakable evil in this world and that Christians are not immune from experiencing that evil and its consequences. But the assurance is given that at the end we are standing before the throne, having crossed the sea of tribulation and troubles, secure and safe. The real victory is to face all the evil that the world and the devil can throw at us – and to stand.

And it all leads to praise. We have the ‘harps of God’. That is the musical instruments given by God. It’s not just that Jesus puts the song into our hearts – but the Father gives us the musical instruments to play. As someone who is not musical and would struggle to play a tambourine, its lovely to know that even musical illiterates like me will be part of the divine orchestra!

The song they sing is that of Moses and the Lamb – again indicating the unity of Old and New Testaments. The song itself is in the form of the psalms, Hebrew parallelism. It’s a song made up of Old Testament expressions and unlike some praise songs – it’s all about God and his great and marvelous works. It’s not about us and what we have done, and how we have triumphed. There is no self – triumphalism in the Christian faith. No rejoicing in our own might or goodness. It all comes down to the glory, beauty and power of the Lamb!

The inhabitants of the earth have been stunned by the works of the Beast, but the works of God are way beyond that. Again you notice the theme – there is something beyond. Any work of beauty in this world is just a foretaste of the beauty that is to come. Sometimes we do get a sense of the transcendent, moments of awe and wonder that take our breath away. But at their very best they are only a faint anticipation of what is yet to come. The best is yet to be. It’s a bit like going to a posh restaurant and before you get the meal you actually ordered, they give you an amuse-bouche – a single bite sized appetiser. Its not something that you order, its just given at the chef’s discretion. Sometimes I think that the sense of beauty, the glimpse of glory, that we experience in this life, is just the Fathers amuse-bouche for what is yet to be.

The song ends with a reminder of what the suffering Christians in John’s day needed to hear, and do hear repeatedly in Revelation. The Lord is on the throne.

and your name is mighty in power.

Who should not fear you,

King of the nations?

This is your due.

Among all the wise leaders of the nations

and in all their kingdoms,

John refers to the temple of the tent of witness. Again taking us back to the wilderness and again reminding us that the presence of God is the absolute good – and it is that which enables us to be faithful and to bear witness even to the point of death. We witness because his Witness is with us.

The Answer to Prayer

The wrath of God against sin and evil is again stressed. Note that the angels are all dressed in white to indicate purity. This wrath is not bestial, evil with passion, but pure and holy. And it is the answer to the prayers of God’s people – how long O Lord, how long? The prayers of the Lord’s people were taken in bowls and offered as incense, the answer comes in bowls, as God delivers us from evil. I suspect we do not realize nor believe how vital and event determining our prayers are. You live in a democracy and have a vote. Your vote is important. But if you are a Christian, you have prayer, and your prayers are way more significant and vital than your vote.

And then finally the temple is filled with the smoke of the glory of God. No one could enter the temple until the pouring out of the wrath is finished. But it is. It is completed. It is Telos. Finished. These plagues are the last the earth will know. It reminds us of the words of Christ on the cross – it is finished. It is complete. It is over. When the Accuser comes and shows me something of my sin and tells me I am condemned I turn to him and say, it is finished. Christ drank the whole cup. My sin is taken away and my guilt is atoned for. When my heart condemns me I remember that God is greater than my heart and I rejoice that it is finished. I don’t need a lucky number. I don’t need to enter the Lottery of heaven. My name is already written in the Lambs book of life. And so are the names of all those who belong to Christ. The Lord does not invite you to roll the dice, or take a chance. He invites you to join in his feast.