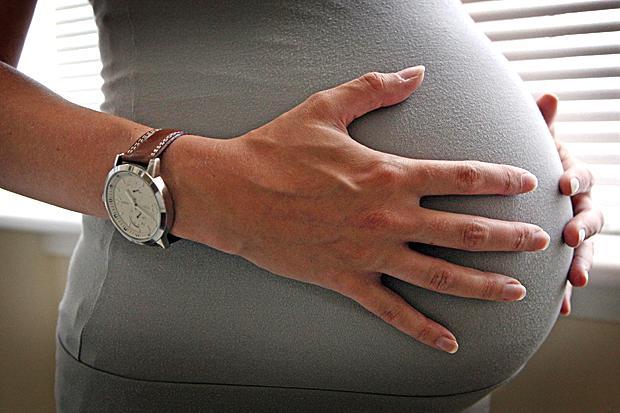 The following article appeared in The Sunday Herald yesterday.  Actually, as is typical of the Herald there was another article which was very pro-abortion and then these two opinion pieces.  It was good to be able to have a few words in defence of the unborn.  Right now the Scottish football world is rightfully in a state about child abuse.  Is there any greater abuse than the deliberate taking of a childs life in the womb.  It is a sign of the sickness of our culture that so many ‘progressives’ regard it as a basic human right, that the mother should be free to take her own childs life.   Note Cat Boyd’s call for abortion on demand up to nine months! The abortion debate: should the law be changed in Scotland?

“The Abortion Act of 1967 opened up a new era of reproductive freedom in Britain. Today, one-in-three British women has chosen to terminate a pregnancy. However, legally, they cannot do so unless two doctors sign-off on the decision.

This messy compromise was designed to keep both anti-abortion and pro-choice activists happy. By medicalising the issue, delegating the final moral decision to the doctors, it preserves the useful hypocrisy that abortion is a shameful, secret act that women only undertake as a last resort when any other decision would seriously jeopardise their health.

Logically, the compromise suits no one. If you truly believe that abortion is murder, and there are some who do, then no official stamp of medical approval will convince you otherwise. Indeed, far from being undertaken only in extreme medical emergencies, abortion has become a regular part of British life. Even the most devout pro-lifers will have friends, colleagues, relatives, and maybe even lovers who have taken the decision – with or without medical consent – to have an abortion.

So if the two doctor sign-off was designed to stop abortions, it has failed. And it will continue to fail, because no law will stop abortions when there are so many good medical and social reasons why women, families and communities choose to have control over their bodies.

True, some countries, like Ireland, impose outright bans and prison terms. But that doesn’t stop Irish women having abortions. They just have to have unsafe abortions, by fleeing to Britain, by visiting a back-alley butcher or by purchasing a concoction of pills off the internet.

So there’s really only one choice. We have to admit that women should have free and open access to abortion for various reasons, and provide safe, supervised services. Or, as some would prefer, we can surround the issue in shame, condemning millions as sluts and murderers, forcing women to give birth against their will.

Scotland now has powers on the issue. By ending the need for the two doctor sign-off, openness and freedom would triumph over shame and hypocrisy. We’d acknowledge the evident truth that abortions aren’t good or bad, they are simply safe or unsafe. We’d acknowledge that doctors aren’t the best judges of sexual morality. These decisions are beyond their training and skillset. And, most importantly, we’d acknowledge that only the woman concerned should make the decision about what happens to her body.

Abortions happen for many reasons, and women undergo them for many reasons. Some experience regret, others don’t, and none of us are entitled to judge their feelings. If you want a truly moral argument on the issue, it this: our duty as a society is to remove stigma from the process and to provide free and accessible services for those who choose to use them.”

NO: Rev David Robertson, minister of St Peter’s Free Church in Dundee and founder of the Solas Centre for Public Christianity

“In Scotland, as in the rest of the UK, abortion is illegal unless two doctors agree that before 24 weeks the continuation of the pregnancy would cause more harm to the woman or child than if it were terminated. In modern Scotland it is deemed to be a ‘progressive’ liberal secular humanist value to be able to kill the child in the womb. But rather than being progression, it is clear that this is a regression to the dark days of the Greco/Roman/Pagan world, where infanticide and baby killing was the norm. The proposal to decriminalise abortion is a backward step, rather than a progressive one.

Since 1967 we have grown in our medical and scientific understanding of the baby in the womb. This evidence all points to the need for a tightening of the law and a reduction to at least 12 weeks, rather than a loosening up of it. The mantra of choice is always used but that only makes sense if there is only one body involved. But we now all know that there are two sentient, real, human bodies involved. The key question is, does a mother have the right to take her own child’s life?

Doctors and nurses currently have a right to withdraw from doing abortions. If abortion is decriminalised then those who object to abortion will find themselves criminalised for failing to provide a legal service.

In addition we will find that the decriminalising of abortion will lead to the criminalising of opposition to abortion. Strathclyde University Students Association’s recent decision to ban a pro-life student group is an indication of the kind of suppression of free speech and freedom of conscience that lies round the corner, when the Brave New World of totalitarian ‘progressivism’ takes hold.

And it won’t stop there. If the right to choose is absolute then why should post-natal abortion not be accepted? The same logic used to justify abortion in the womb equally applies to infanticide.

The proposal to decriminalise abortion would be a backward and dangerous step leading to untold harm for children, women, the poor and the whole of our society. The Scottish government should be looking to reduce abortions, not encourage them.”

Quantum 75 – The argument in favour of abortion is changing. Are you ready to respond to it?